High up on a hill, the Rosedale World War I Memorial Arch is easily seen from the Seventh Street Trafficway in Kansas City, Kansas. However, this was the first time my husband and I ever actually made the trip to the park where the arch stands.

The Rosedale Arch was dedicated to local World War I soldiers in 1923.

Rosedale was originally established in 1872 as a distinct Wyandotte County town. It was ultimately annexed by Kansas City, Kansas, but maintains its name as a community. The Rosedale Arch echoes the Arc de Triomphe in Paris and was originally designed by Rosedale native John Leroy Marshall and dedicated in 1923. More recently, monuments were added to commemorate soldiers from later wars. 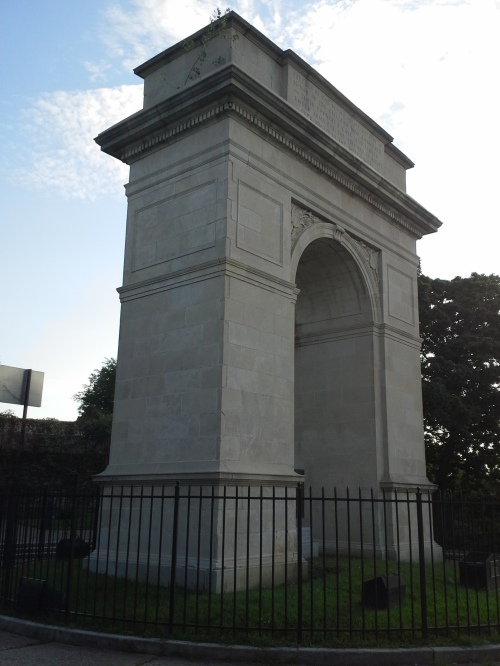 The little park is a lovely retreat in the middle of the city and is easily accessible. In addition to the arch, there is a great view of the downtown Kansas City, Kansas and Kansas City, Missouri skylines. 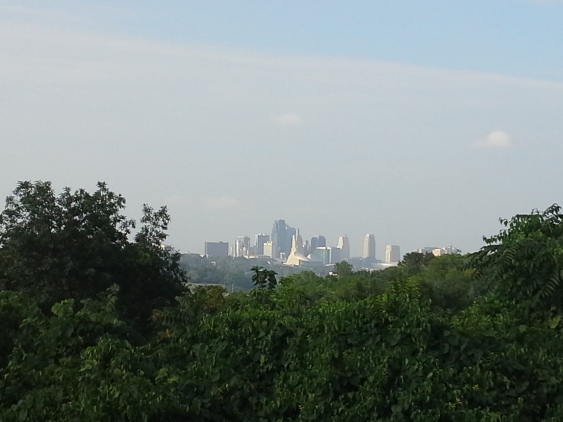 The park is high on the hill and offers a view of the downtown Kansas City, Kansas and Kansas City, Missouri skylines.