I learned about the new Museum at Prairiefire completely by accident: I happened to catch a discussion on a friend’s facebook page about places to visit in Overland Park, and someone mentioned a new museum opening in May. 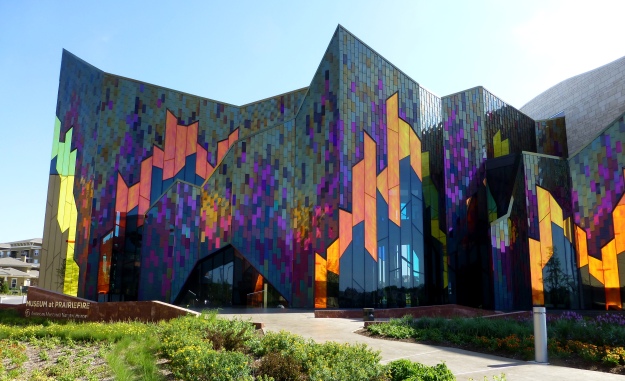 The museum is part of a larger development called Prairiefire, which has created an upscale small-town village of arts-and-crafts-inspired apartment buildings, a shopping area, a cinema, and the museum, all within walking distance of each other. The museum building itself is gorgeous and is surrounded by a wetlands park filled with native plants.

The big reason to go during the next few days is the AMNH exhibit, Water: H20 = Life. Originally on display at the American Museum of Natural History in New York, it is now a wonderful traveling exhibit. It’s beautiful, it appeals to the senses with a combination of live animals and plants, text, sound, hands-on demonstrations, videos, and technology. We noticed that even younger children were taking their time exploring the exhibit, and we were amazed by how much we learned about human, plant, and animal water needs and usage. Jim and I were especially enamored with a short film about the availability of fresh water on the planet, which used multiple projectors to create a three-dimensional globe in the center of the viewing area. 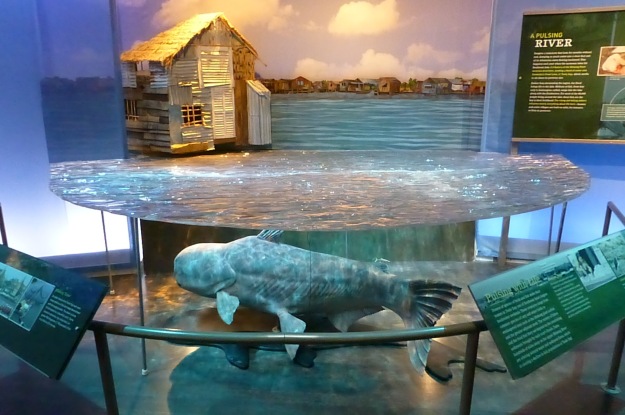 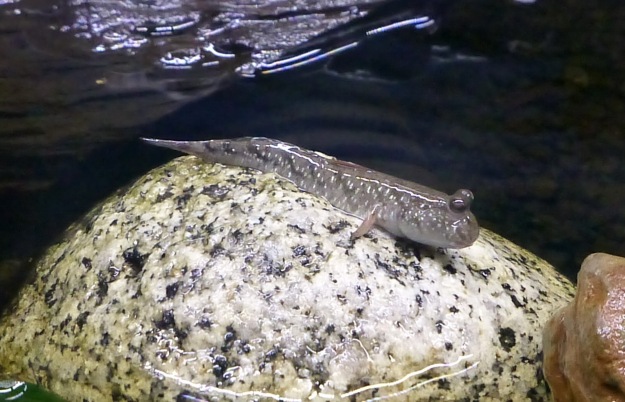 Mudskippers have adapted to live in and out of water. 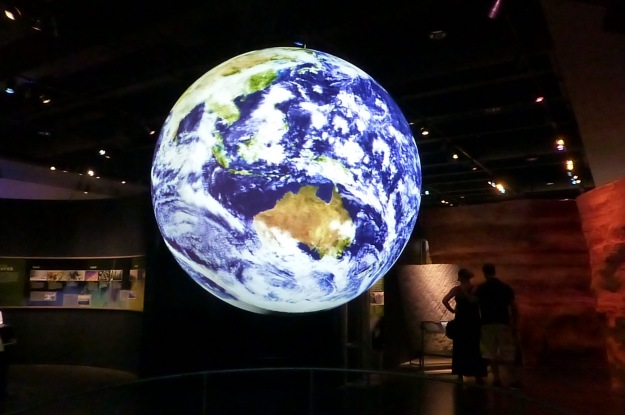 Our favorite part of the exhibit: a video on fresh water availability projected to create a 3D world.

The exhibit runs through July 13. If you’re in the Kansas City metro area, it’s worth a stop. We’re already looking forward to the next exhibit.

On our way home from Overland Park, Kansas, Jim and I were driving down 87th Street Parkway and caught sight of a sign pointing the way to the Legler Barn Museum. Unable to turn away from a barn museum, we abandoned the I-35 exit and headed west to Sar-Ko-Par Trails Park, where the museum and several other historic buildings are located. 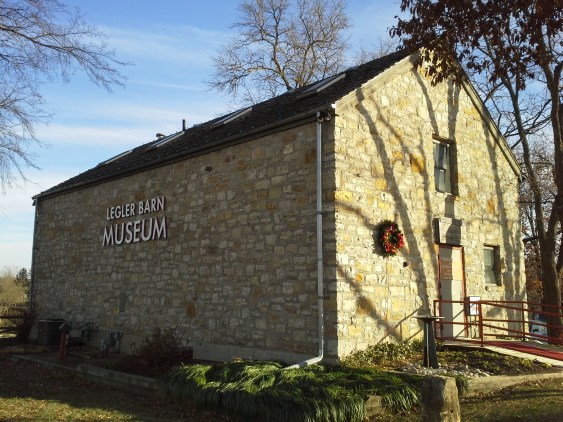 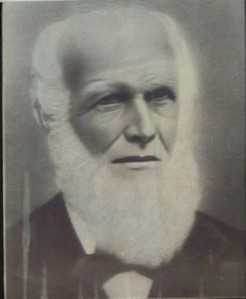 It’s hard to imagine it now, but the area around 95th and Quivera in Overland Park (where Oak Park Mall is located) was once rural and part of a long stretch of land that belonged to the Legler family. Adam and Elizabeth Legler immigrated to the U.S. via the Port of New Orleans in 1847. In 1863, the Leglers moved to Johnson County and made their home just north of the Santa Fe Trail at what is now 95th and Quivera. The stone barn, a two-story structure with porthole windows on the south side, a sandstone roof, and living quarters on the second floor (the Leglers lived above their animals before their home, which would stand until the 1930s, was built), was constructed in 1864 from locally quarried stones. 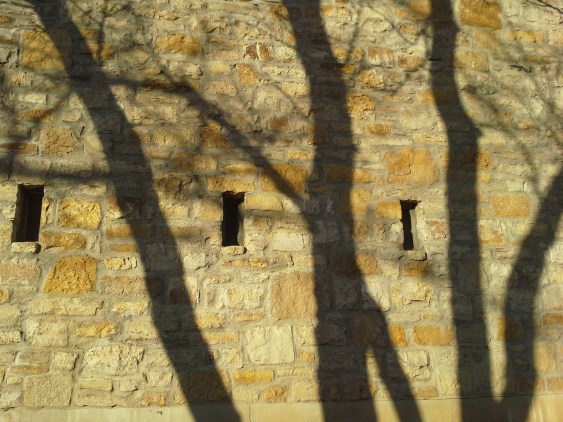 The portholes on the Legler Barn have inspired theories that the barn was once used as a fortress against unhappy Native Americans, William Quantrill’s men, and Missourians during the Civil War. Their purpose was to allow ventilation without overwhelming the livestock inside with the southern sun.

Its location near the trail and a reliable spring meant that the Legler farm was a beacon to both invited and uninvited guests. Legend suggests that William Quantrill and Jesse James rested there. Long after the house was gone, the barn stood. Then, in 1971, the barn was forced off its own land when the area was developed for Oak Park Mall and numerous other businesses.

The corner of 95th and Quivera today. Adam Legler’s house and barn stood on the northwest corner.

Fortunately, instead of demolishing the barn, city officials carefully documented the structure before disassembling it and putting it into storage, where it stayed for more than a decade until the Lenexa Historical Society (Lenexa being a nearby Johnson County town) was able to restore the barn in a local park.

In addition to the history of the barn, the Legler Barn Museum shares the history of Lenexa. The community got its start in 1869, when Charles Bradshaw would sell land to Octave Chanute, who wanted to start a railroad line to Kansas City. (Chanute would go on to build the first bridge over the Missouri River, design the Kansas City and Chicago Stockyards, found the town of Chanute, Kansas, and would also be the designer of the Wright Brothers’ plane.) The town was officially incorporated in 1907.

Whereas much of Johnson County has a reputation for bulldozing history for the sake of suburban progress, Lenexa still has connections to its roots. Many descendants of the area’s earliest settlers continue to live nearby and are involved in the historical society. The museum includes historic quilts, furniture, maps, and photographs.  A wedding dress worn by three generations of Lenexa women is displayed in a reproduction of a Victorian bedroom on the second floor. And an interesting display explains how Lenexa accidentally became the spinach capital of the world during the 1930s (they still celebrate with a Spinach Festival).

Near the museum are several other fun historic pieces, including a train depot and a caboose. There is no charge to see the museum, but donations are appreciated. There is also a lovely park nearby. This little museum is definitely worth a look.