In 2011, I wrote about the O’Marra family, who lost eight of their nine children when a particularly awful strain of “black” diphtheria hit their household in 1903. Their story touched my heart, and it turns out that it touched the hearts of a lot of readers out there, too. Of all of the stories and places I’ve shared, the O’Marra’s story is the most read, most shared, and most discussed.

Margaret O’Marra Miller, a descendant of the O’Marra family, reached out to me to tell me more about her family and offer some insight into the rest of their story.

Lizzie wasn’t an only child for long.

Lizzie and her baby brother, John.

Nearly 25 years after the birth of their oldest child, James and Anna O’Marra became parents for the tenth time. John was born in 1906 and would never know eight of his nine siblings. But John would grow up to be healthy and happy and live the life of a farmer. He married and became the father of three children, including Margaret Miller, who told me that John’s lineage now includes 54 descendants. He died in 2000, just a few months shy of his 94th birthday.

Nearly fourteen years older than her baby brother, Lizzie left the family farm not long after John was born.

“Lizzie was a happy-go-lucky person,” Miller told me in an interview last year. Her life wasn’t always easy–Lizzie married, had two children who died young, then divorced. But she kept moving on with her life, leaving the farm to work at a restaurant in Richmond, Kansas, and then a motel in Louisburg, Kansas. She died in 1962 from complications during surgery to remove colon cancer. Yet, despite the loss and hardships, Miller said that Lizzie had a good life and made the most of it. 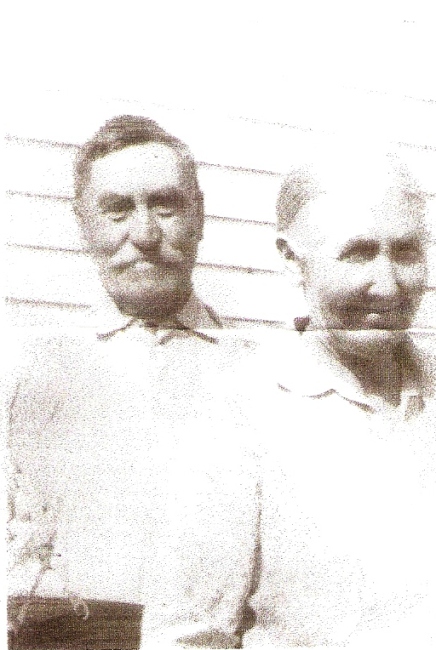 What happened to James and Anna, the parents who lost almost everyone dear to them?

Born in Ireland in 1855, James came to Kansas by way of Boston and Drexel, Mo. He settled in the Anderson County community of Emerald in 1882, where he met and married Ruth Ann Gillespie, who had been living in Westphalia, Kansas. They moved to Hartford in 1884 with their first-born son, William. William was 21 when he and seven of his siblings died of diphtheria in 1903.

“Grandma never complained,” Miller said. It would have been easy to feel sorry for herself, but she didn’t, and she and her husband both found strength in their faith. After her family’s plight, however, she exhibited a an extraordinary level of compassion for those in need, and she regularly took in those who were too sick to look after themselves.

James and Anna lived in their old house right up until the end, living a hardworking, old-fashioned life. James died in 1938. Miller said that her grandmother never had electricity installed in “the big house,” as the old house was known, and used candles for light right up until her death in 1954, at the age of 92.

I think the reason the O’Marra family’s story resonates so much with modern readers is that we understand theirs was not an isolated tragedy. Somewhere in our family lines, our ancestors all faced this kind of loss to some degree. Children died of so many diseases that we can either prevent or treat today. We exist because those who survived managed to keep moving forward. Many of our great-great-great-greats buried their children. Many of them found the strength to move on.

In just a few days, people all over the globe will be watching the Iditarod Trail Sled Dog Race, which commemorates the attempt to deliver serum from Anchorage to Nome during a 1925 outbreak of diphtheria that threatened the lives of many Native Alaskan children. Many of those dog sled race watchers will find their way to the O’Marra family’s story when they search for information on diphtheria. Then they will understand why those 20 mushers and 150 sled dogs would work so hard to sled the 674 miles of Iditadrod trail,

Last summer was a whirlwind of events that introduced Kansans to the story of the 1925 murder of Florence Knoblock. )I was gone so many weekends that I broke down and hired someone to mow my lawn, something I’ve never done before.) This year, I’m mowing my own lawn and spending much of this summer researching the new book (provided there is enough there for an entire book). Sneak preview: 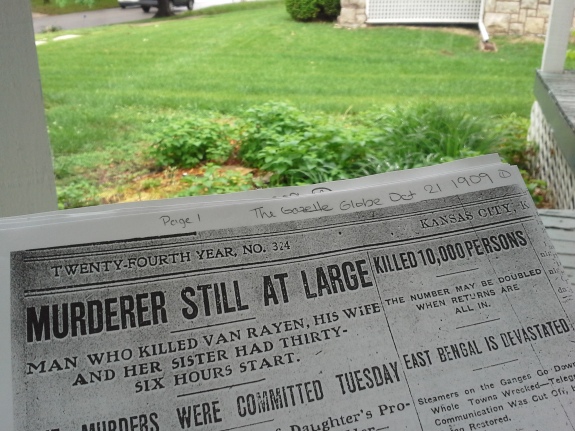 Spending a rainy afternoon on the front porch reading newspaper clippings from more than 100 years ago.

However, I’m making time for some wonderful local author events this summer, the kind that would be fun to go to even if I’m teleported by space aliens and can’t make it.

Fifty local authors in one place! Meet new writers, pick up your own copy of Shadow on the Hill: The True Story of a 1925 Kansas Murder and stop by to chat about the historic local murders that interest you! This is one of my favorite author events as a reader as well as a writer.

Meet your favorite local authors and take home a pile of library books. What can be better than that?

Okay, this one would be lacking if the aliens really did kidnap me, being that I’m the featured speaker. I’ll be presenting Rediscovering and Retelling the Story of the 1925 Murder of Florence Knoblock and How It Changed an Entire Community. See you there! 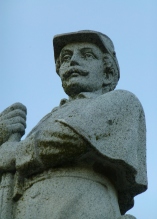 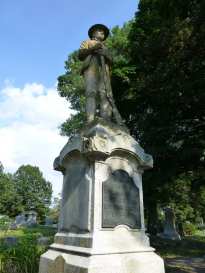 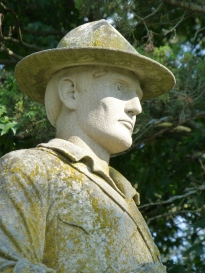 The Emporia Gazette ran a great story today that will give readers of Shadow on the Hill a solid perspective of what Sherman “Blackie” Stevens, the first man suspected and arrested in Florence Knoblock’s murder, would have faced at a time when the KKK was active in Kansas. Jan Huston does a great job explaining the KKK’s history in Kansas and William Allen White’s efforts to chase the KKK away.

This weekend, 50 of us authors signed books at Town Crier Bookstore‘s annual Author Extravaganza in Emporia, Kansas. I hopped onto old U.S. 50 to take a slower, more scenic ride back to Ottawa.

It was definitely scenic. I found myself driving right under a squall line churning its way north as I crossed into Coffey County. It was scary and majestic and darkly beautiful. 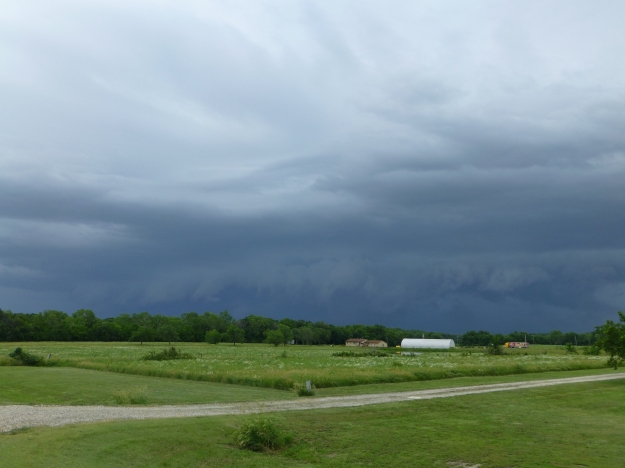